A Look Back at World War 2 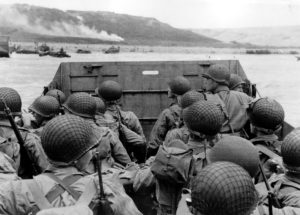 The 75th anniversary of the end of World War 2 (1945) is just a year away.  The year leading up to that end (1944) was filled with key battles and operations that are all turning 75 this year.

This article begins a monthly series that will take a closer look at the significant events and Hoosier contributions during the last year of World War 2 as our nation prepares to commemorate the 75th anniversary of its end.

The Allied invasion into German-occupied France was always going to happen.

It was just a matter of when and exactly where.

It had taken just six weeks in the summer of 1940 for the German Wehrmacht to overrun Belgium, Luxembourg, the Netherlands, and France.

For the next four long years, most of northern and western France were occupied by German forces.

Any Allied effort to defeat the Nazi war machine would have to first defeat the Germans holding French soil before it could advance toward Germany.

Beginning in 1943, while Allied Forces were facing off with German Tank Divisions in North Africa, top Allied military leaders were busy planning the invasion into Northern France.

Code-named Operation Overlord, the attack would become the largest amphibious invasion ever attempted.  (The invasion of Okinawa the following year would be on a similar scale.)

The coast along 26 miles of the Normandy region in France was chosen for the historic landing.

The coastline was divided up into 5 beach-sections and given the names: Gold, Juno, Omaha, Sword, and Utah.

U.S. forces were assigned to take Omaha and Utah, while British and French forces would land at the other 3 beaches.

There was a flurry of last-minute preparation in the weeks leading up to the invasion.

Walter Dreyfus, a 1940 graduate of Shortridge High School in Indianapolis, took part in that preparation. 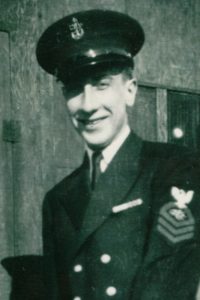 A radio technician in the Navy, he was in Plymouth, England in the months leading up to the D-day invasion.

Just before the ships left for Normandy, he and other radio techs went from ship to ship changing out the radio crystals that controlled the frequencies so that the Germans would not intercept Allied radio communications.

June 5th, 1944 was the initial date selected for the invasion.  Foul weather forced a 24-hour delay.

General Eisenhower (Supreme Commander of the Allied Expeditionary Forces in Europe) gave the go-ahead to begin the invasion on June 6th even though the weather was still poor.

The Army Air Forces were the first to strike.

Paratroopers numbering over 24,000 men were dropped behind enemy lines in Normandy to secure important roads and bridges.

At the first rays of light, wooden gliders pulled by the C-47’s were cut loose and made free-fall landings with additional paratroopers and equipment.

Allied bombers were on the scene next.

An armada of 2,200 British, Canadian and U.S. bombers dropped their bombs along the Normandy coastline attempting to neutralize some of the Nazi guns that would soon be fired at the forces storming the beaches.

Carl Marsh of Indianapolis was among those helping to prepare the bombers for their runs. 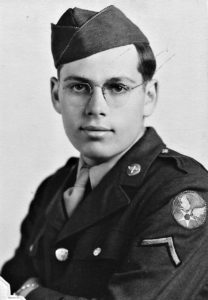 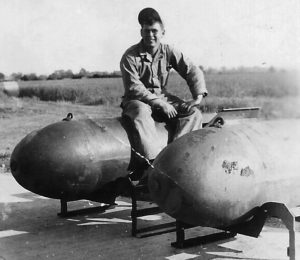 An armorer and mechanic for B-26 bombers in the 9th Army Air Force, 394th Bomb Group, 584th Squadron in Essex, England, Marsh recalled being awakened at 0100 on June 6th to begin loading 250-pound bombs in the planes of their squadron.

Marsh and the other members of the ground crew worked steadily at loading bombs for 38 straight hours during the initial D-day bombing operation.

At days’ end, 300 B-26 planes had dropped over 13,000 bombs on German defenses in the Normandy landing sector.

The aerial support made way for the main event as early morning dawned on the Normandy coastline.

Aerial photographs show a myriad of ships scattered across the English Channel on their way to Normandy.

Over 5,500 ships were used to transport 160,000 troops, vehicles and equipment across the 100-mile water expanse separating England from France.

John (Jack) Welsh of Greenfield, Indiana was among the thousands of sailors riding the waves across the English Channel. 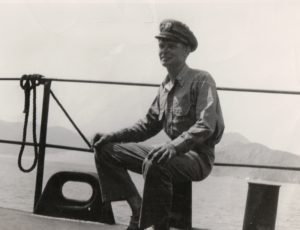 The young Navy Lieutenant was serving as the Engineering Officer on board LCI(L) 517, one of the Navy’s Landing Craft, Infantry Large ships.

When the order came, the men on board all the ships were each handed a letter from General Eisenhower who spoke of the “great crusade” for liberty and wished them well.

Welsh and the infantry forces soon discovered that the landing location assigned to them was Omaha Beach.

In his unpublished memoir Welsh wrote, “The beach was all-ablaze.  ….  We were probably within 150 yards off the beach and shells were falling all around us.  …Thankfully, none of the ships in our group were hit, although we saw many more that were hit.”

Welsh’s LCI(L) 517 returned to England to pick up more troops – this time British forces – and then came back to Omaha Beach the following day.

By 6:30 am on June 6th, the first waves of amphibious forces were storming the beachheads.

Maurice Kent of Martinsville was one of the Army soldiers dropped off at Omaha Beach. 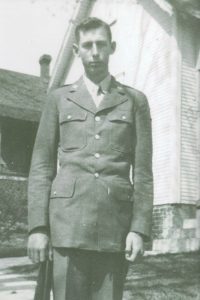 He was with the Army’s 29th Infantry Division.

“We hit the beach at 6 am”, Kent remembered.  “They were throwing the lead right on us”.

The 29th Division, along with the Army’s 1st Infantry Division, fought the Germans who were heavily dug into and defending the rise of land above Omaha Beach.

Kent survived the landing but was later injured in Belgium during the Battle of the Bulge.

Many others were not so fortunate to escape injury or death at Normandy.

Walter Dreyfus, who had helped change the radio crystals in ships just before D-day, also had the unpleasant task of helping to retrieve dead bodies washing up on shore 12 days after the invasion.

“We would retrieve the bodies, take the dog tags off, and then put a weight around them in a canvass bag and bury them at sea”, he recalled sadly.

Today there are over 9,380 service members resting in the ground of the Normandy American Cemetery at Colleville-sur-Mer, most of whom died in the fighting at Normandy.

Among bleach-white crosses and Stars of David are 274 Hoosiers who paid the ultimate sacrifice for our entrance into Europe.

Those tragic sacrifices and the courage of the Allied forces created an essential toehold into France on June 6th.

And from that toehold, the rest of the invasion inland would continue.

The stories of Walter Dreyfus, Maurice Kent, Carl Marsh & John Welsh appear in the 2-volume set of books, “Our Service Our Stories” by Ronald P. May, USN (Ret.) Ron helps veterans share and preserve the stories of their military service. For more information or to tell your story, contact Ron at 317-435-7636 or by email at ron@ronaldpmay.com. Learn more about his work at www.ronaldpmay.com. You can also follow him on Facebook at Our Service, Our Stories. 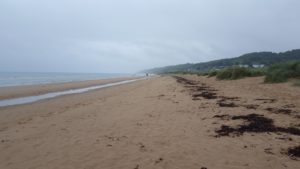 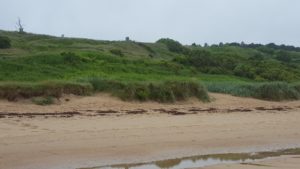